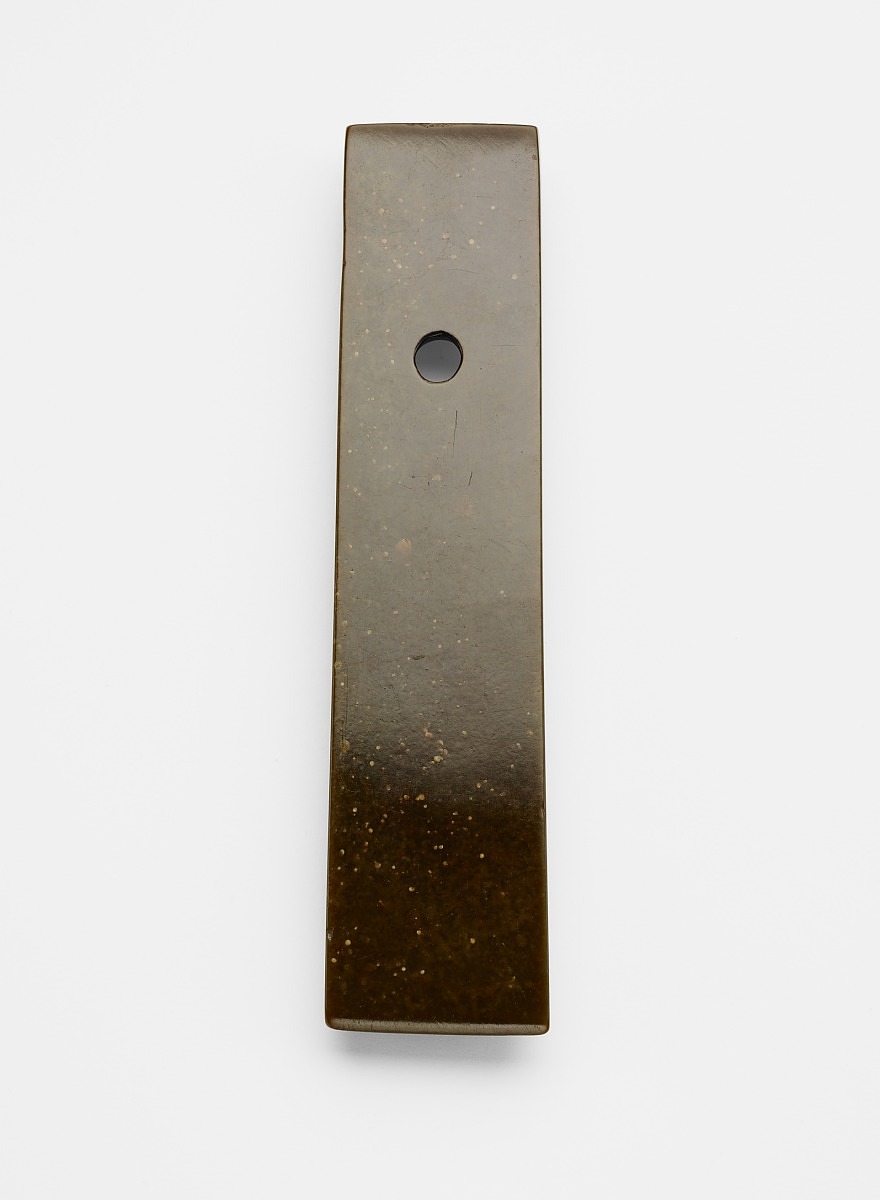 Based on a Neolithic stone tool whose blade is sharpened at the top, early jade chisels were ceremonial rather than utilitarian. The shape was retained in the jade repertoire in the Shang 商 and Chou [Zhou] 周 periods. The simple, elegant shape of a chisel is subtly embellished by the smoothly ground edges, which are shown to advantage by the lustrous polish of the entire surface. 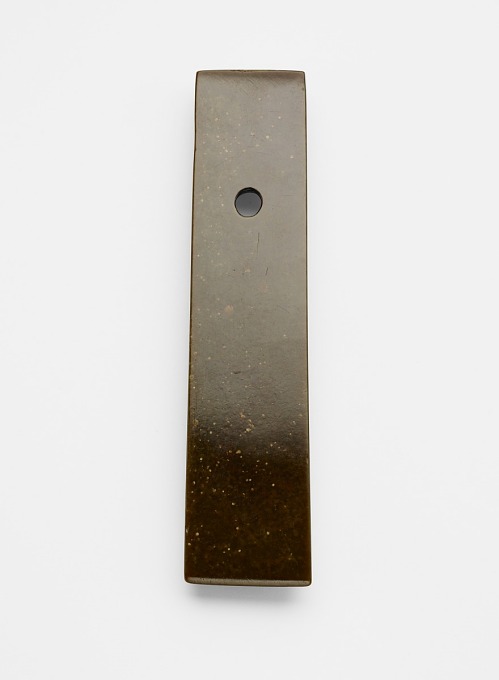