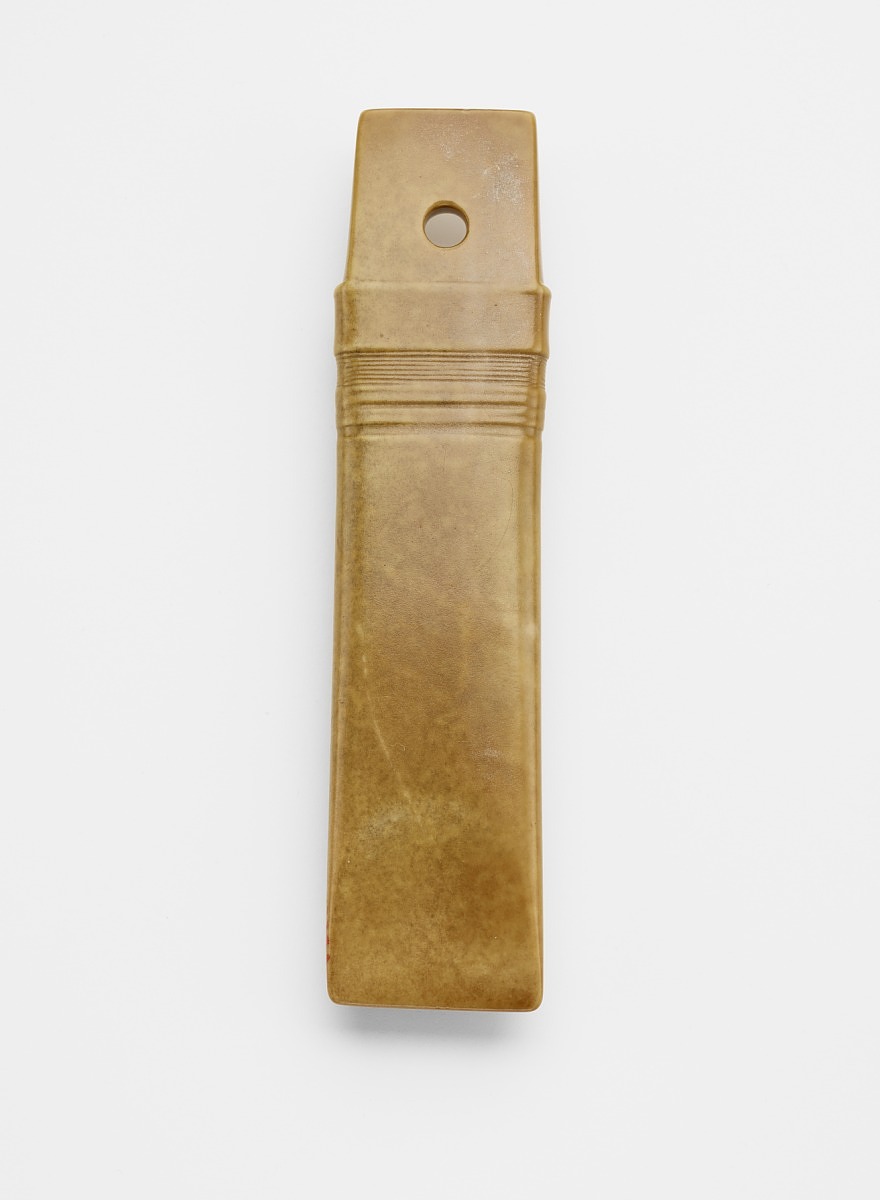 [3] The original deed of Charles Lang Freer's gift was signed in 1906. The collection was received in 1920 upon the completion of the Freer Gallery..

Acquired with an inscribed box.

Based on a Neolithic stone tool whose blade is sharpened at the top, early jade chisels were ceremonial rather than utilitarian. The shape was retained in the jade repertoire in the Shang 商 and Chou [Zhou] 周 periods. The simple, elegant shape of a chisel is subtly embellished by smoothly ground edges, which are shown to advantage by the lustrous polish of the entire surface.

A few, as in this case, display relief and incised lines near the hole, a decorative scheme also found on a chisel excavated from the early Shang 商 site at Erh li t'ou [Erlitou] 二里頭, Honan [Henan] 河南 province. 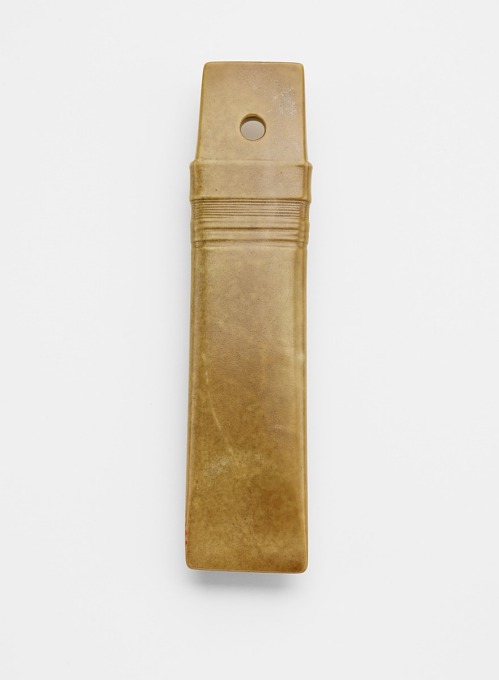