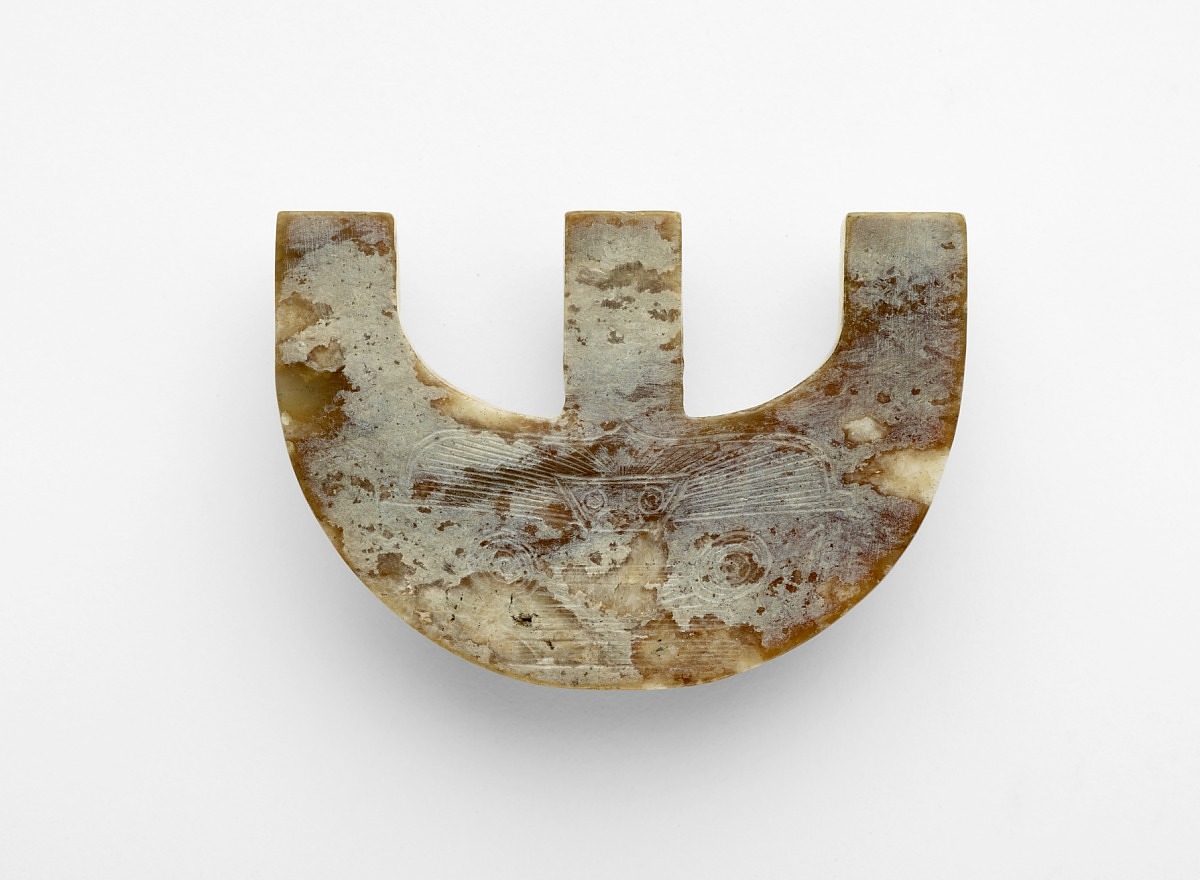 Description
A grayish jade musical instrument base, with green and fawn markings, of semicircular form carved with a central prong; top engraved with two masked heads: one surrounded by multiple lines in the form of wings, the underside with semicircular hole pierces as if to hold strings. (One pit in surface; few tiny nicks.)

A stylized bird with trapezoidal head and unfurled wings is superimposed above two oval eyes and horizontal motifs that can be interpreted as nose and mouth. 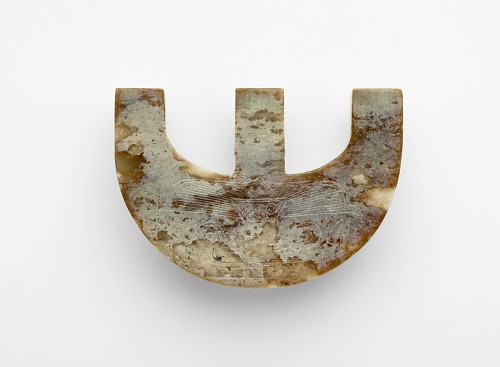