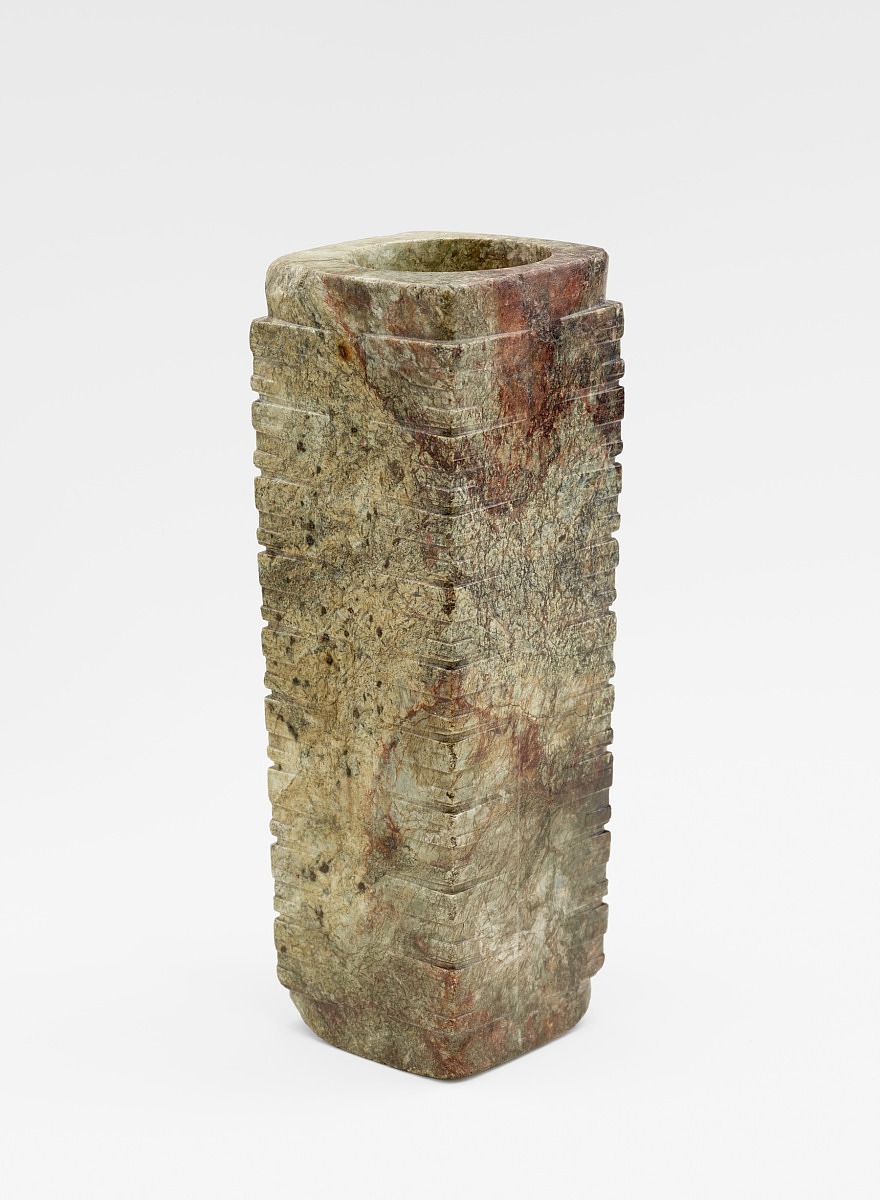 [1] According to information provided by the Arthur M. Sackler Foundation, October 9, 2009.

[3] Pursuant to the agreement between Arthur M. Sackler and the Smithsonian Institution, dated July 28, 1982, legal title of the donated objects was transferred to the Arthur M. Sackler Gallery on September 11, 1987.

Description
Ts’ung [cong] 琮. Marbled dark gray-green with rust streaks. A squarish cylinder is pierced lengthwise by a large tubular hole drilled from both sides. A low ledge on the inner walls of the hole marks the junction of the two drills. The four corners of the cylinder are accented by a series of notched projections running the length of the cylinder, leaving only a narrow collar at top and bottom. The notches are marked by fine and closely packed horizontal lines. Small incised circles on either side of the corners suggest eyes.

Like all cong 琮 shapes, the central opening was drilled from both ends. Here, the drilling left a ledge on the inner walls where they did not meet perfectly. In contrast to shorter cong 琮, where the interior of the openings can be reached for further finishing, the ledge remains here probably because the increased height made access difficult. A sixteen-centimeter tall core recovered from a Liangzhu 良渚 context shows the corresponding ledge in the middle; the tool used must have been hollow (fig. 1). Nine tiers occupy the length of the cong 琮 at the four corners leaving generous squared circular collars at top and bottom. Each tier shows the same simplified human face motif--circular incised eyes, scrolled nose, and double headbands. The material is coarse and colorful, retaining more green and gray color than the other examples in the collection. 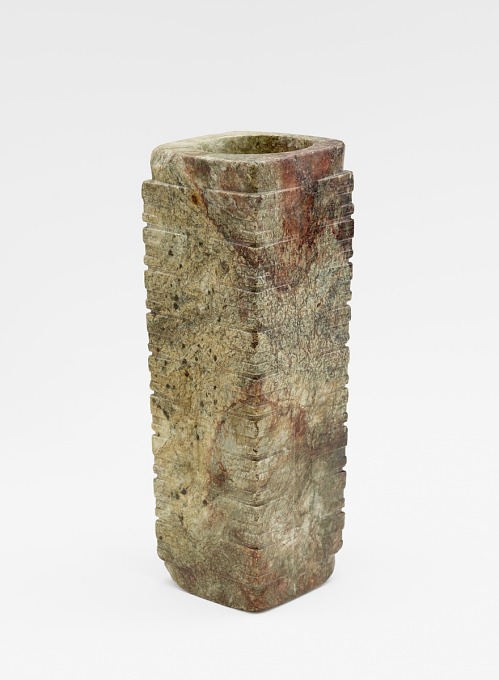