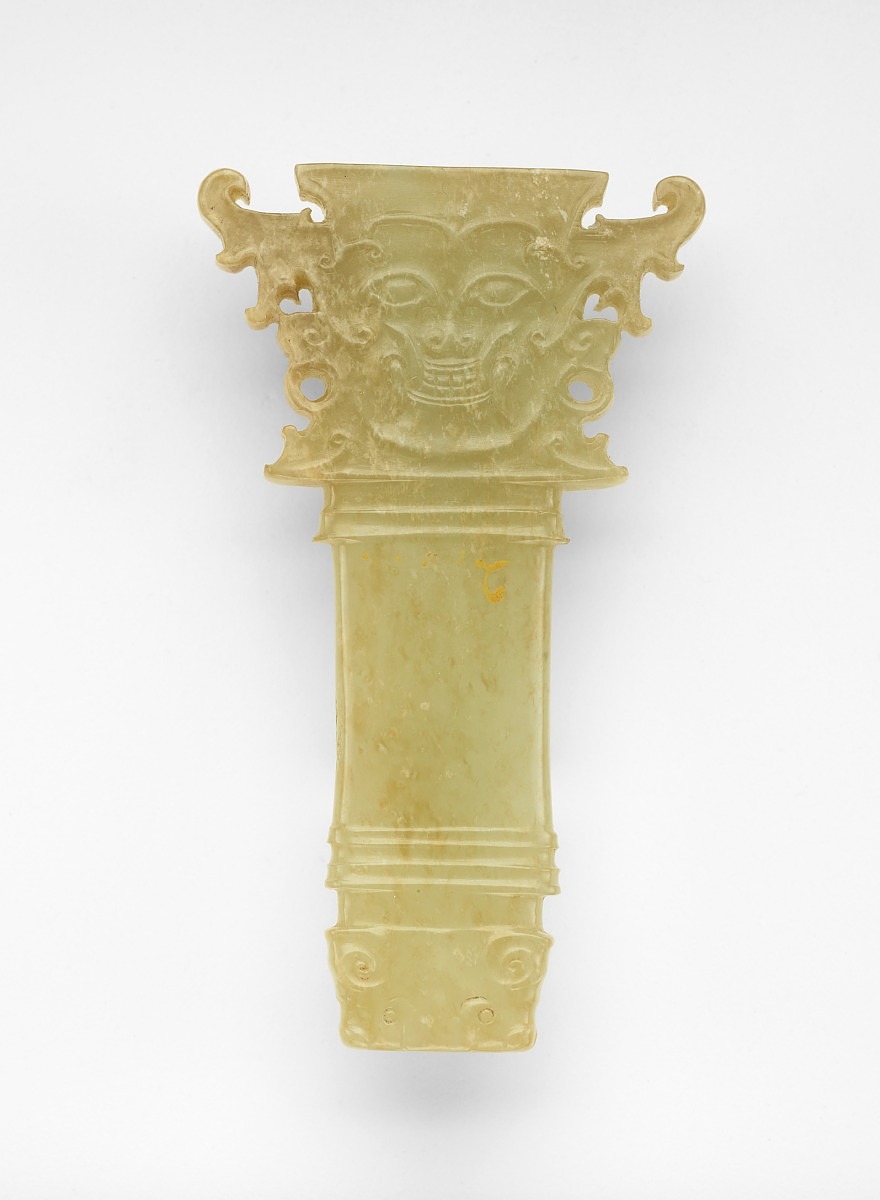 Description
Bar-shaped ornament with two-sided mask above and animal mask below; face with fangs pointing both up and down and two rows of teeth; round-eyed mask with one row of teeth; biconically perforated round ear holes flank the face; light green jade with white and gold clouding; traces of calcification on top. 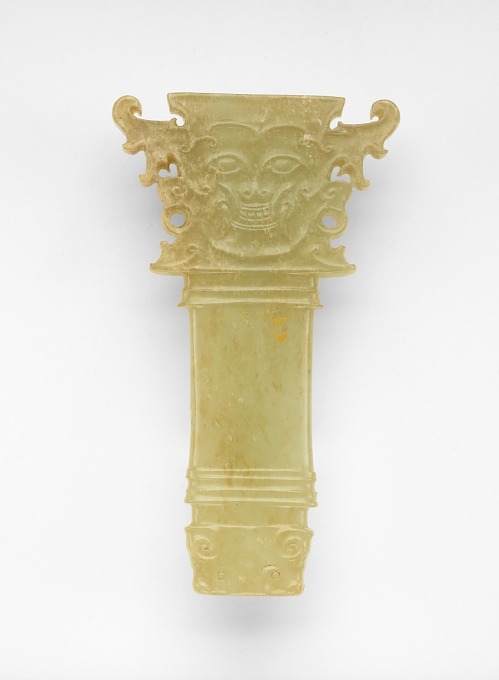