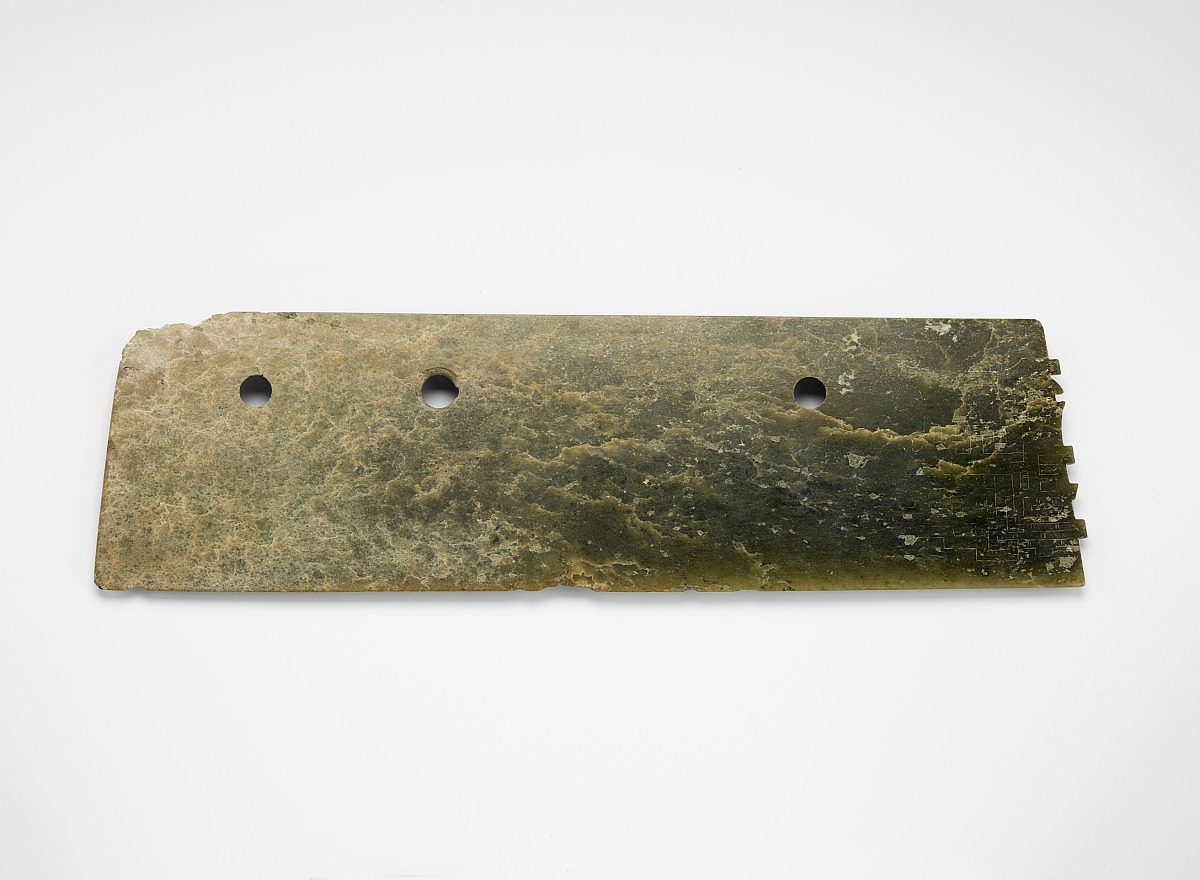 Description
Large, thinly sliced trapezoidal blade. Dark mottled gray green altered at one end to grayish white. Two holes on each end of the top blunt edge are drilled from the same side; the middle hole is drilled from the other side. One short end smooth, the other broken by ragged, uneven notches with weak engraved lines on both sides. (Chipped corners and edges.)

This large, trapezoidal knife is very thinly sliced. Three conical holes placed in a row pierce the top blunt edge. The two holes on each end are drilled from the same side, but the middle hole is drilled from the other side. One of the short ends of the knife is smooth, but the other is broken by ragged, uneven notches. Spreading in from the notched edge on both sides of the blade is a masklike design engraved in faint angular meander patterns. The slender body of the knife is ground even thinner toward the bottom edge. The dark mottled gray green jade is altered at one end to grayish white.

Two distinguishing features of the Singer knife--the notched edge and angular ornament--link it with a similar knife in the Arthur M. Sackler collection. [1] These two knives have been compared to a stone scepter collected from the Longshan 龍山 site at Rizhao 日照 Liangchengzhen 兩城鎮, Shandong 山東 Province, which shows a masklike ornament with an almost baroque curvilinearity. [2] Comparisons with the Liangchengzhen 兩城鎮 scepter and similar designs on certain Liangzhu 良渚 jades found further south suggest a late Neolithic date for the Singer and Sackler knives. [3]

While a late Neolithic date is supported by the fine grinding of the paper thin blade and configuration of the motifs, the hesitant angularity of the designs on the Singer and Sackler knives is still a rarely encounted element among Neolithic decorated examples. 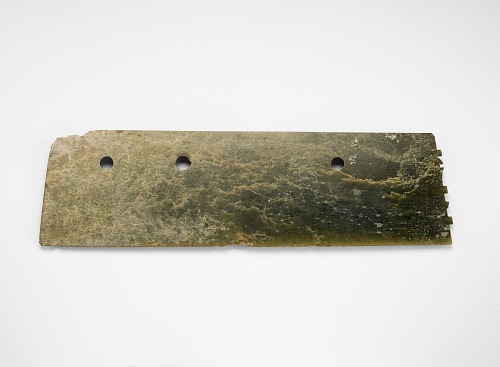