Finial (?) in the form of a standing bird 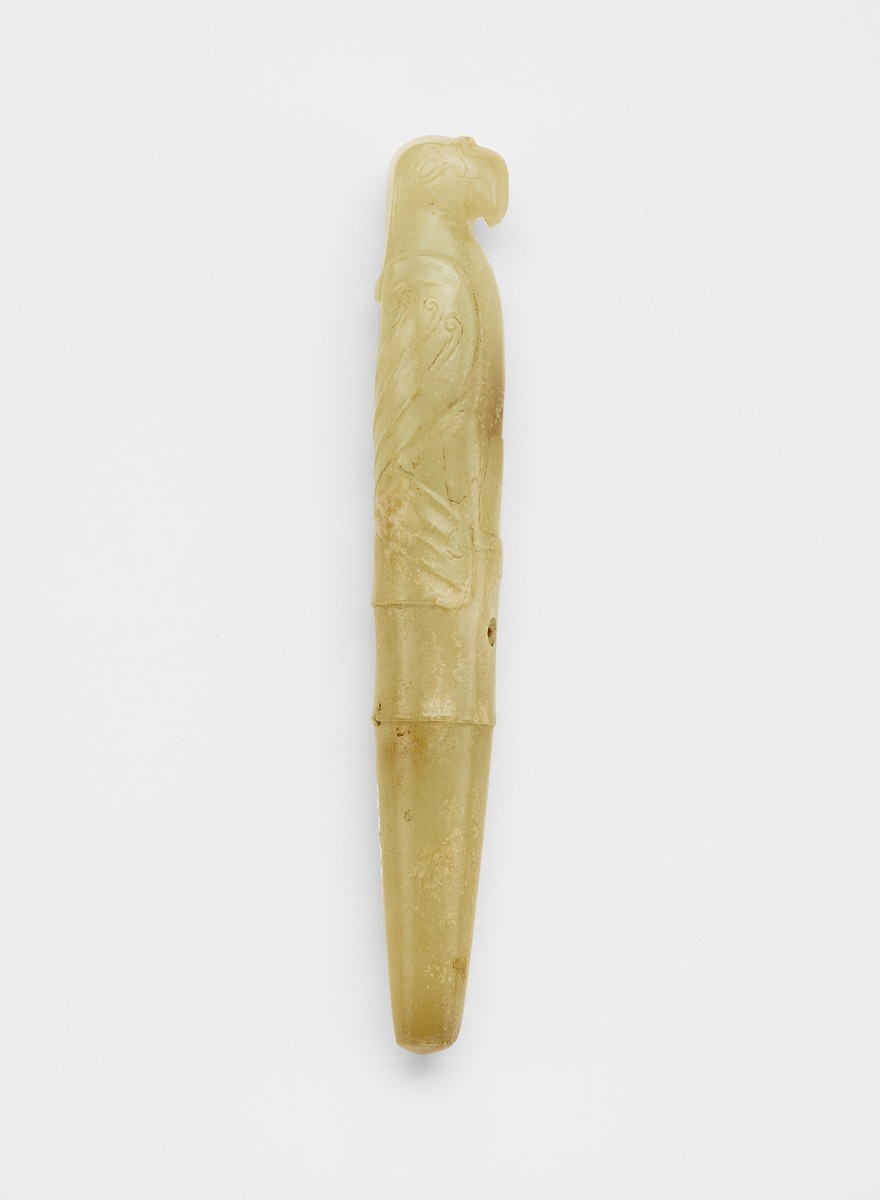 Description
Jade handle has bird with delicate features etched onto surface. Bird has incised eyes, beak, legs and claws with crossed wings circling around back of handle. (Spotty calcification with brownish-colored areas on bottom. Straight brown line on chest of bird.) 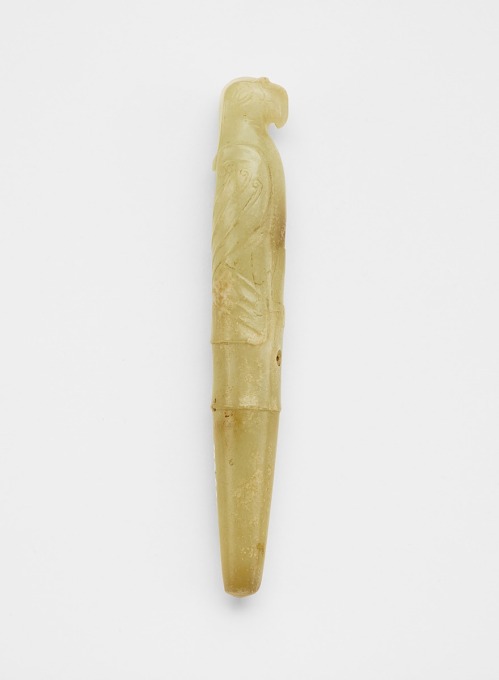